Thomas-Michael Gribow was born in Minden, Germany. After finishing high school he studied school music, piano, and conducting in Hannover and Munich. Following engagements with the Municipal Theater in Krefeld-Mönchengladbach, the State Theaters of Kassel and Wiesbaden he was engaged at the Opera House in Chemnitz where from 1998 to 2018 he has been the head coach and assistent conductor. In Chemnitz he has conducted a wide range of repertoire including opera, operetta, musical, ballet and and concert. As pianist and accompanist he is well known for his performances of chamber music and Lied recitals. Mr. Gribow is a regular guest in Germany and abroad. He has assisted many world renowned conductors including Pierre Boulez and Daniele Gatti (Parsifal), Adam Fischer and Marek Janowski(The Ring of the Nibelung), Philippe Jordan (Die Meistersinger von Nürnberg)  at the Bayreuth Festival, Hiroshi Wakasugi (Die Soldaten) at the National Theater of Tokyo and Michael Güttler (The flying Dutchman) at the Opera House of Jekaterinburg. Furthermore Mr. Gribow has collaborated with such conductors as Christoph Eschenbach at the Théâtre du Châtelet, with Hartmut Haenchen at the Netherland Opera Amsterdam as well as Oleg Caetani at the Opéra National de Lyon. He has also enjoyed an intense cooperation with Friedemann Layer with whom he assisted in opera productions in Paris, Straßburg, Montpellier and Dresden. From 1991 to 2003 Mr. Gribow was conductor of the Academic Orchestra Association – the orchestra of the University of Göttingen. He has also appeared as a regular guest conductor of the Göttingen Symphony Orchestra. With the label, Dabringhaus und Grimm, he recorded works from Luciano Berio with the Ensemble Avantgarde of Leipzig. 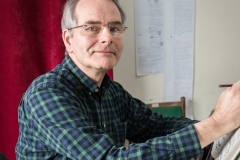 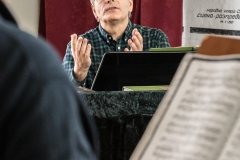 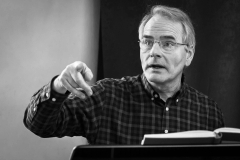